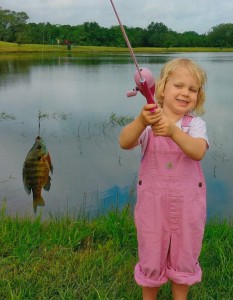 We ask so many questions to get to know our clients as unique individuals. We know you have questions, too! Where did Dr. Sharon grow up? What are her favorite activities? (Can you guess which dancer in the photo is a future speech pathologist?)

“Dr. Sharon” was born in Lubbock, Texas and reared in Lorenzo, Texas (population 1176), a small farming community in west Texas.  She was valedictorian of her senior class of 35 at Lorenzo High School.  She received both her undergraduate degree and her master’s degree from Southern Methodist University in Dallas, Texas. After working as a speech and language pathologist at The Callier Center for Communication Disorders in Dallas, with contractual services to Parkland Hospital and Baylor Hospital for several years, Sharon and her husband, Noble, moved to Austin, where Sharon began working part time in private practice while completing a Ph.D. in Communication Sciences and Disorders from the University of Texas in Austin, Texas.

As a wife and mother:

Sharon has been married to Noble Doss, Jr. M.D. since 1971.  Noble was in private practice as an obstetrician and gynecologist until his retirement in 2015. He delivered more than 8,000 baby boys and girls during his career.  The Drs. Doss raised two daughters, Amanda and Jessica.

Amanda Doss Holt, a graduate of Northwestern University with degrees in English and Music Performance, lives in League City, Texas with her husband Greg Holt, an Aerospace Engineer at NASA.  The Holts have three daughters, Kelly, Savannah, and Caroline, and a son, Andy.

Jessica Liston Owens, a graduate of Wake Forest University in Communications, lives in the DC area with her husband Matt Owens, an attorney with Arnold and Porter.  The Owens have two daughters, Millie and Violet.

As a member of the community:

Dr. Doss is a longtime member of First United Methodist Church in downtown Austin and has volunteered in a number of different capacities over the years. Since 1999, Sharon has worked as a part of a breakfast crew for the Feed My People program, serving breakfast at 5:45 am for approximately 350 guests every Thursday morning at FUMC.

Additionally, she serves meals to the Austin area homeless through the Mobile Loaves and Fishes truck ministry.

Sharon’s favorite travel destinations are League City, Texas and Falls Church, Virginia to visit her grandchildren and their parents.  Her favorite activity is tap dancing!  She attends several classes each week and is currently a member of the Austin Tap Ensemble at Art Beat Dance Center  performing at various venues in the Austin community.

Sharon put an enormous amount of effort into gaining insight about how I operate as a mom and how each of my kids “tick,” and customized materials — worksheets, games, poems and other activities — specifically for our child. — Sarah P.

Taught an upper division course in the department of Communication Sciences and Disorders.  This required course for CSD majors included a substantial writing component and served as an introduction to assessment procedures and treatment strategies for speech sound disorders in children.

Diagnosis and remediation with emphasis in neurogenic speech disorders. As UTHSC speech pathologist, provided assessment and remediation for patients at Parkland Hospital with neurogenic speech and language disorders, supervised University of Texas at Dallas CSD graduate students and served as the speech pathologist for the Cancer Rehabilitation Team at UTHSC, Dallas, Texas.

Callier Center for Communication Disorders, School of Behavioral and Brain Sciences, University of Texas at Dallas
Specialization in diagnostic and remediation of speech, language and voice disorders in children.

Department of Communication Sciences and Disorders, The University of Texas, Austin, TX, 1988